Despite sharing a name with Manchester United’s famous football ground Old Trafford, this Old Trafford was actually built first. It is the second oldest test venue in the UK, and regularly hosts both County side Lancashire and the England national team.

Opened in 1857 in Greater Manchester, this cricket ground has been the much-loved home of Lancashire County Cricket Club, having taken over from Manchester Cricket Club just 7 years after opening. Second only to The Oval Cricket Ground, Old Trafford is one of the oldest cricket grounds in England. Old Trafford’s most dazzling claim to fame would be the fact it hosted the first Ashes Test in England in 1884. Perhaps more impressively, Old Trafford hosted the Cricket World cup in 1975, 1979, 1983, 1999 and most recently in 2019 – making it the world record holder for holding the most World Cup cricket matches.

Like many of the cricket grounds in the 19th century, Old Trafford used to have separate buildings for the amateurs (unpaid athletes usually from the middle and upper classes) and professionals (paid athletes usually from the working class). The ground, situated in the countryside, did not attract many spectators until the Roses match in 1875. Expansion of the ground was kicked into action by the first test match in 1984. A huge milestone in the history of this cricket ground was in 1898 when the ground was bought outright from the de Trafford family for £24,372.

During World War II Old Trafford was used as a transit camp for troops who were returning from Dunkirk – the operation that involved the use of civilian boats crossing the English Channel to save 98,000 British and 140,000 French and Belgian troops. German prisoners of war were also paid a small wage to help prepare the ground and fix the damage to the stands from dropped German bombs.

Despite being decorated with impressive titles, claims to fame, the reputation of being the quickest pitch in England and enriched with its history, Old Trafford lost its test status in 2009. In an attempt to hold on to its ability to host international cricket, extensive redevelopment was undertaken including restoring the pavilion and creating a new stand called ‘The Point’ that cost £12 million as a multi-purpose conference facility. Previously, in 2003, the Pavilion also underwent restoration to its roof, costing £1 million. Old Trafford can now seat 22,000 for Test Matches (should they occur again) with the existing stands as well as additional temporary stands. For other matches, this ground can hold 15,000 spectators. A more recent name change in 2013 has led to this ground being called Emirates Old Trafford through a sponsorship deal with the Emirates airline.

In terms of its reputation, Old Trafford has one for unpredictable weather as well as being the wettest Test ground. It is the only ground in England to be have had a Test Match called off without the day even starting! This is probably not helped by its situation in the northern regions of the country, making it more susceptible to the weather fronts coming off the Atlantic Ocean. Today the ground is used for music concerts such as the Move festival as well as the seasonal cricket matches

Below is a seating plan of Lancashire's Old Trafford:

Manchester boasts some of the best transport links in the country, making getting to Old Trafford fairly easy. The official site has some great information which is always updated for the latest travel directions.

There are 4 car parks dotted around the stadium providing ample parking for those who are driving. Whether coming from the north or south find your way to the M60 to get to the ground. For the Sat Nav, you can use the postcode M16 0PX.

There are 4 stations in Manchester connected to the Tram network, Manchester Piccadilly, Deansgate, Castlefield and Victoria. It’s very easy to get to Manchester from anywhere in the country using the trains, and all the main train stops have great access to public transport.

Manchester has a great Metrolink with 93 stops across Manchester that are constantly running. There is even a park and ride service if you want to drive in, but there isn’t any parking available at the Ground. The closest Metro stop is aptly named Old Trafford. We highly recommend using the Tram if it’s your first time in Manchester, as it’s one of the most unique transport systems in the UK. 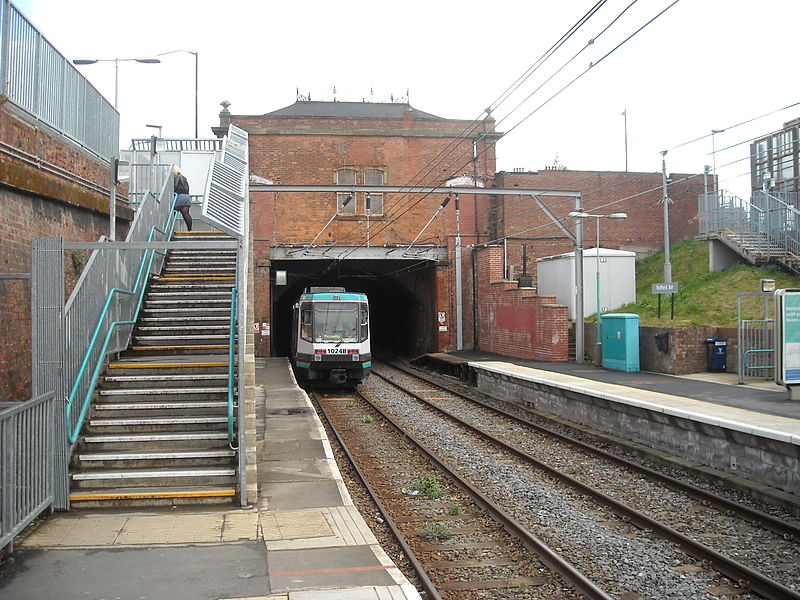 Manchester Airport is the only major airport in Manchester which is just South of Old Trafford. It is linked to the Manchester travel network making it easy to get from the plane to Ground and should take you less than an hour to the ground using public transport.